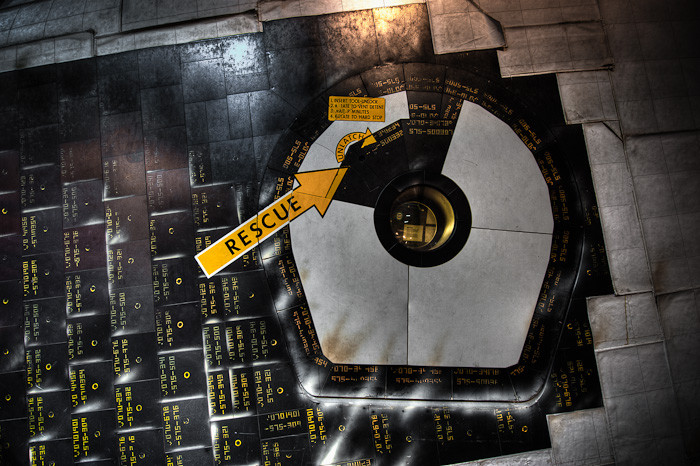 I think this is the last of the Space Center Houston/Johnson Space Center set for now. I still have some unprocessed shots so there will likely be a few more posted over the next few months but it’s time to move on to a new series after this.

I was intrigued by the instructions in this shot (higher resolution here)which include directions to wait 2 minutes during the door opening process. I suspect that, after an emergency landing, that 2 minutes would feel like an eternity. I correctly assumed that the delay was to allow the cabin pressure to equalise but expected that the interior pressure would be lower than 1 atmosphere. It turns out that the cabin pressure is 1 atmosphere at sea level in Florida but that many of the emergency landing sites are at higher elevation resulting in lower pressure there, hence the need for the delay.

Thanks to chempilot1 on Flickr for setting me straight on this!