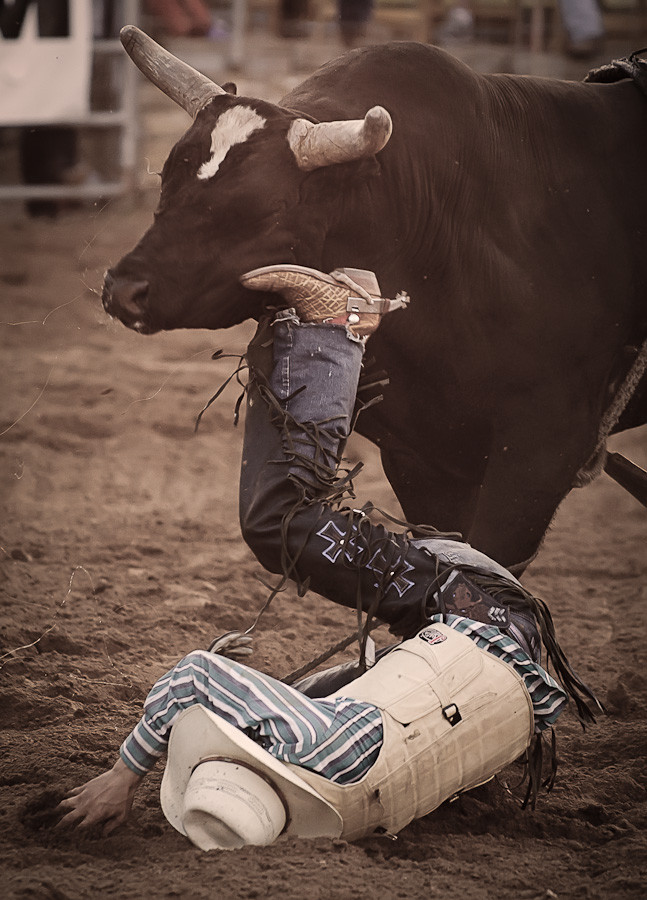 Bull riding is a particularly strange thing to do as far as I’m concerned but it makes for some interesting watching. Unlike bronco riding where the horses tend to run off once the rider has fallen off them, the bulls hang around and try to exact sweet revenge on the downed rider. The clowns then enter the action and try to distract the bull long enough for the rider to get out of the way without being too badly damaged.

In this case, the rider had to do a bit of his own fending off. He emerged unscathed but it took several seconds longer than usual for him to get out of the danger zone!