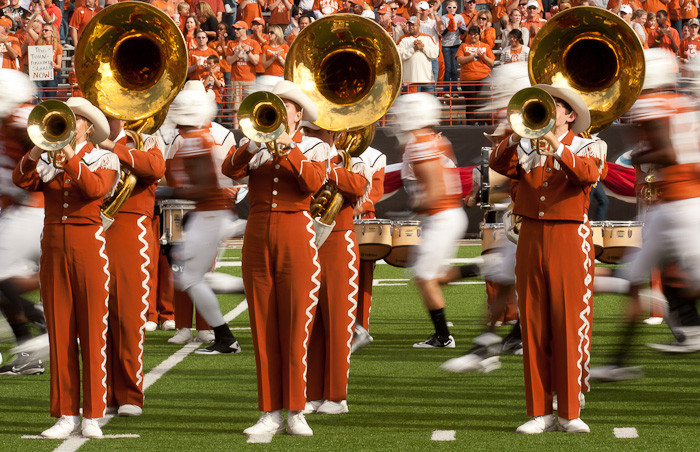 The UT Longhorns run onto the pitch at Texas Memorial Stadium in Austin between lines of players from the Longhorn Band. This image was taken at the start of the UT/Florida Atlantic game on Saturday, November 20th, 2010.

I was privileged to have been invited to stand in as the photographer for the band and spent two wonderful Saturday’s shooting images of the band and game inside the stadium. This is the first of a series of images I will be posting over the next couple of weeks taken during those games.

I really enjoy this composition! The movement, the colors really looks great in my opinion.

Thanks, gents – I’m delighted that you like the picture!

Wonderful shot! The motion in the background really makes this shot special.