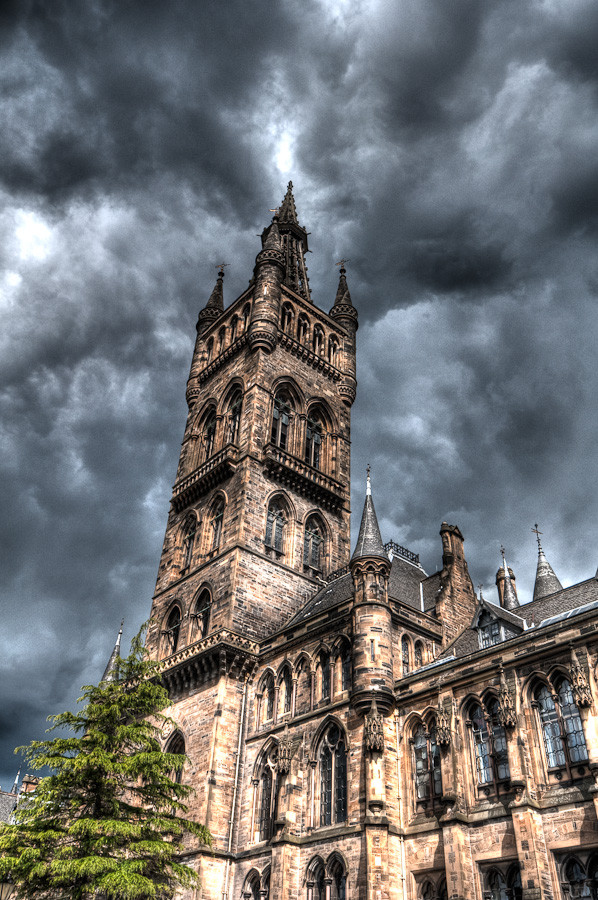 Between 1984 and 1988, the University of Glasgow was home for me and the tower, sitting above the River Kelvin and overlooking the west end of Glasgow is the defining structure of the campus and a very well recognised symbol of both the university and the city as a whole.

This particular shot was taken during our family trip back to Scotland in 2009. It’s an HDR but processed to look fairly normal. The sky really did look that way as Karl Williams and I took a wander around the campus shooting pictures.