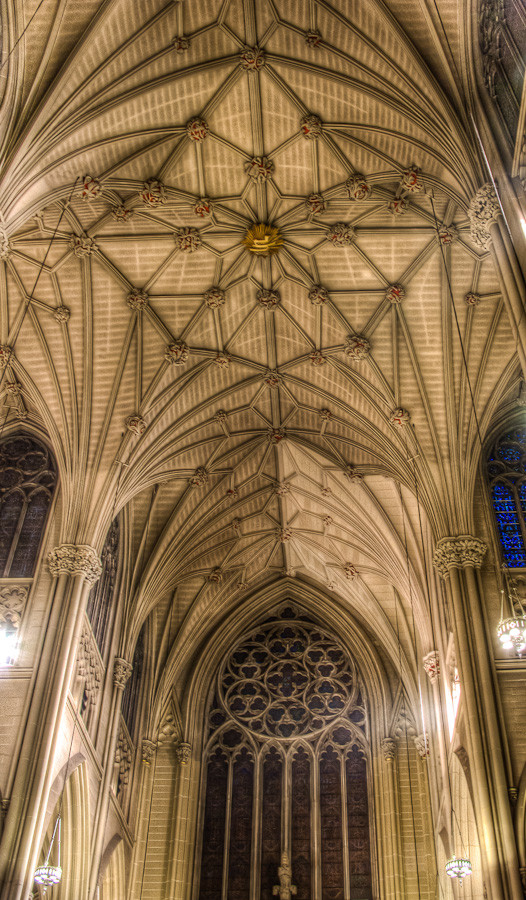 This is an experiment I did with the Powershot G9 inside St. Patrick’s Cathedral in New York City. This is a no-tripod zone so I stabilised the camera on the back of a pew (no Gorillapod during this visit) and shot a bracket at 200ISO which is higher than I would normally use. I also shot several images at 800ISO which is ridiculously high for the G9 since I was keen to see how well Noiseware would cope with the images and, frankly, I’m rather surprised at how clean the results turned out. I may post one of these later.

Some of you may have seen a quick flash of this image yesterday when I inadvertantly posted it early. In the 30 seconds it was available, both Google Reader and a Twitter bot saw it and published the link and I’ve been bombarded with those wonderful WordPress emails telling me about 404 errors all day. As a result, I’m posting this now rather than next week when I had planned to show it in the hope that this will stop the flood!