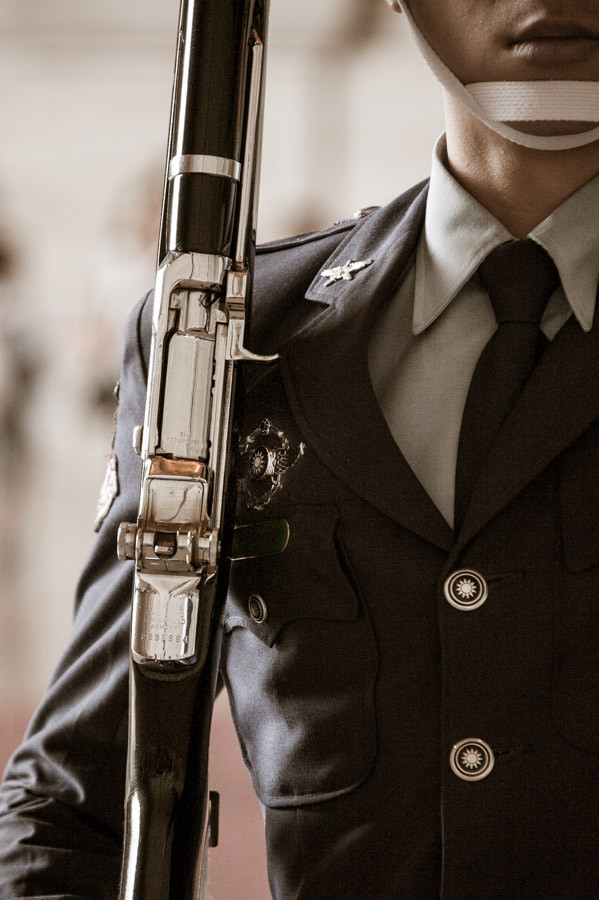 The guards at the Chiang Kai-shek Memorial in Taipei were immaculately presented, helmets shining to perfection, buttons polished, guns without a single fingerprint. I was standing to the side of the action during the changing of the guard and this guard marched to within 3 feet of me without blinking an eye.

Talking of blinking, I heard that, until a few years ago, the guards were supposed to stand there without blinking while on duty. I find that hard to believe but, given how seriously they all took the job, I can imagine that this may be true.